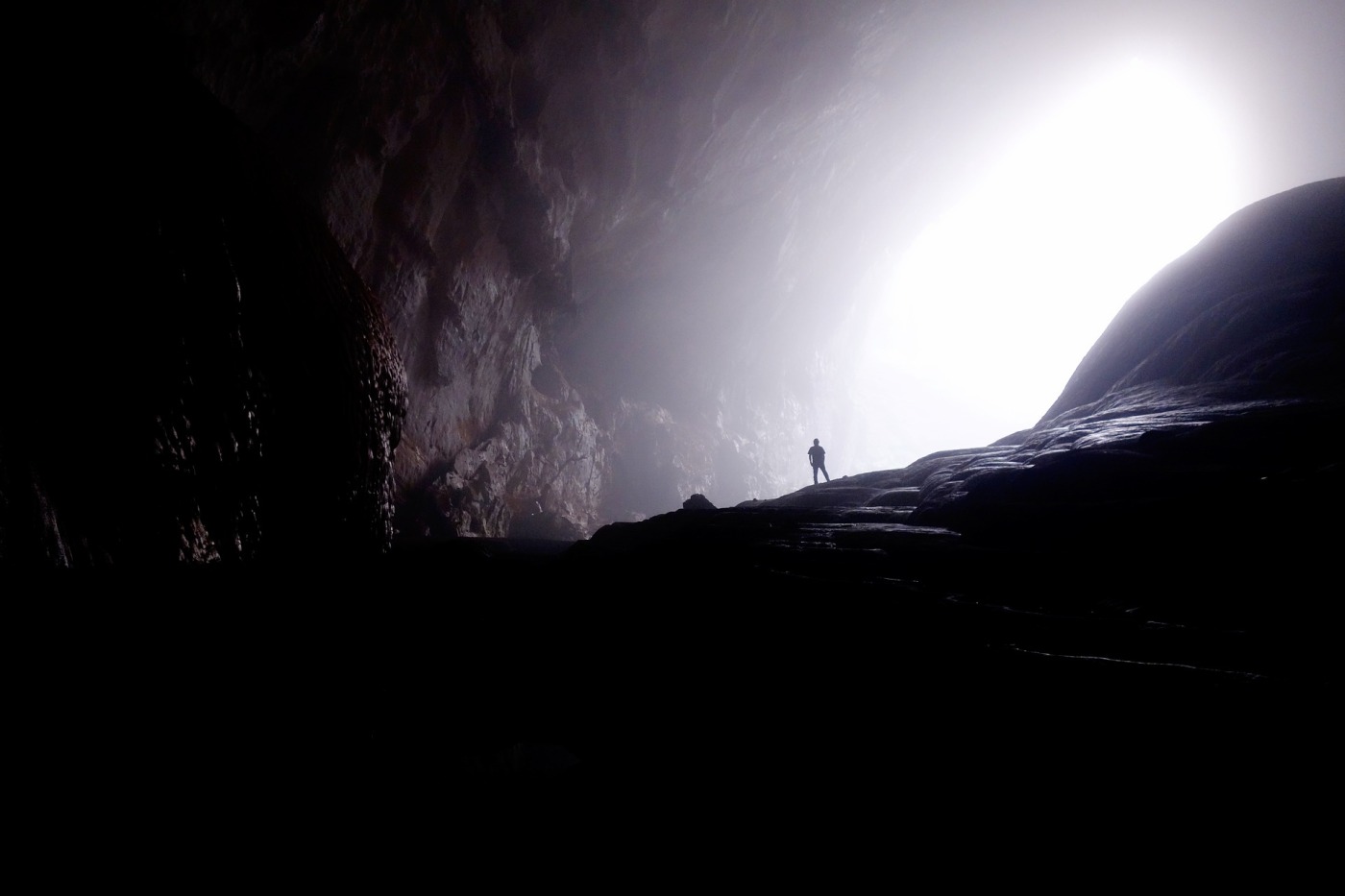 If you are not a male, stop talking about masculinity.  There, I said it.

I stand by it as well.

If you are not a man, your only insight into masculinity is your narrow, personal subjective experiences with a minuscule representation of men.  In other words, you don’t know anything about the topic beyond your limited and intermittent anecdotal life events.  You can describe how you want men to behave, but you cannot understand what it means to be a man.

It is not your daily moment-by-moment experience.  You encounter it or some representation of it and have an experience with it, but you do not understand it, nor could you comprehend it in its magnificent and terrible entirety.

I would not deem myself any sort of authoritative source on femininity because it is beyond my scope of reality.

Stop talking about “toxic masculinity” as if you are an expert.  You’re not.  You may have met a particularly repugnant member of our masculine tribe.  Maybe you met several of them.  You might have dated them or even married one or two of the worst of us.   That still does not make you an expert on men or manliness.

Stop defining all of men by your individually poor selection ability or your seeming predilection for choosing inferior examples as romantic partners.

Guys, it is high time we had a talk.

We need to take back our masculinity both as a topic and as an experience.

It belongs to no one else, but us.

We define it.  We live it.   We are what masculinity is.  Manliness is what we choose to be.

And we must do this as Individuals.  That is, each of us must decide for himself what values and principles he will live by that will exemplify masculinity not only for the women in his life, but also for the men in his life as well.

For us to do this effectively, there are a few truths we must accept and deal with.

First harsh fact:  We need to experience the personal journey of a rite of passage.

One of the common complaints we hear today about supposed toxic masculinity is the frequent decrying of the expression “man up.”

Is this truly such a horrible demand, to “man up?”

No – because it is a voice of our own and it cries out to each us from inside our own being as we grow and mature.  It is our heart’s cry to know for certain that we have left adolescence behind and moved into the realm of masculine responsibility.  Manning up is the measure of how much responsibility we can now shoulder for ourselves, our families and our communities.  This is the purpose of the rite of passage.

It marks the trial a young boy must endure before he is looked at by other men and himself as having passed thru to the realm of manly identity – with its attendant rights and necessary responsibilities.  It is the time when the men of his family, tribe and community reaffirm to him the expectations of manliness and at the same time acknowledge that while he may not be a perfect example of manliness yet, he is now responsible to bear up as a man, to MAN UP to his responsibilities.

How many of us have had that experience in our own lives?   I suspect very few.   Western civilization has failed to propagate the traditions of our forefathers.   Now supposedly turning 18 is all that is needed for a boy to become a man – and yet we know this is not true.

Harsh fact #2:  Our fathers failed us.

Our fathers gave us no trial.  They did not test us.  If they were involved with us at all, they either treated us children for far too long or neglected to teach us what it meant to be true men.  There have always been exceptions.  That is true.  It is these exceptions that we looked to for personal inspiration and motivation.

Harsh fact #3:  Becoming a man is excruciatingly demanding and painful

There is an imprint on our hearts  – that of an ideal man.  It is passed on to us, because we are the descendants of strong men who were fit to survive – the best of the best.  We are alive today only because of these strong men who survived in the past. Their blood pumps in our veins.  Their story is etched into our DNA.  That’s one of the reasons we respond so fiercely to strong male archetypes.  It is part of our genetic makeup.

Let me give you an example of how we react to a powerful portrayal of this.

In the movie Rambo, we watched a young man – albeit with military training and experience – struggle with his return home.  Home is the land of responsibility.  It is where manliness is put to the test.  It is where it really counts.  When the movie opens, Rambo is avoiding home like a schoolboy returning from boarding school.  He is instead trying to reconnect with his “adolescent” buddies.  The guys he served and fought beside.  But they are all gone.

They can’t help him with the next stage of his life.

There is just Rambo.

There is just all of this individual rage, power, loneliness, potential, turmoil, suffering and hope all bottled up inside.

And then Rambo encounters a man who portrays one half of the father figure archetype: the powerful, vengeful demanding authoritarian: Sheriff Teasle.

Here then is the struggle of the young man who is just trying to “get by” being confronted with powerful manliness demanding he do something, that he become something other than what he currently is – the wandering juvenile.

During their initial encounter, the Sheriff judges him to be unworthy of belonging to the community as a man, of being unwilling to “man up”.  Rambo then demonstrates the classic “you can’t tell me what to do” attitude and actions of the coming-of-age male by insisting he doesn’t have to change – he can do what he wants “just like any man.”  This sets up further conflict escalating into violence as these two powerful representations of manhood predictably collide.

Rambo lashes out violently and escapes into the wild – the beginning of his rite of passage.  Faced with overwhelming force and trapped in a cave, he descends into the “underworld”.  The dark depths, the deep blackness we all carry inside of ourselves must be confronted and endured.  Men, you all know what I speak of here.

But enduring is not just simply existing or surviving – it is about moving forward to your goals.  Nothing stops you.  Nothing holds you down.  The depths of loneliness, the underworld of emotional pain, the swarms of doubts and fears – none of it stops you.  You endure – you move forward.  You climb out into the light of day.  Rambo moved forward!

In the final confrontation between the coming-to-manhood Rambo and the authoritarian father figure of Sheriff Teasle – Rambo confronts the judgment of the patriarchal figure and defiantly refuses to be pushed aside as unworthy.  That is how a boy becomes a man in the eyes of the demanding authoritarian – facing an opponent and conquering them with power and strength.   But this is not the end of the rite of passage.  If the movie ended there, the ritual would be incomplete.

Only when he is confronted by the father figure archetype of the loving protector: Col Trautman in the final scene does Rambo finally recognize that his last battle is not in Vietnam or in Hope but inside of him.  His final opponent is himself.  Having conquered his external foe, Rambo realizes that it is not over.  Now the raw wounds of loss, pain, grief and suffering are exposed . . . . to be strong is also to be vulnerable and Rambo breaks down under the emotional weight.

Now the boy realizes that manliness is not just enduring physical challenges and trials, but he must also endure his emotional trials and tribulations. Endure and move forward!

That is how a boy becomes a man in the eyes of the loving protector – facing and conquering himself with truth and honesty.

Winning against both halves of the patriarchal archetypes is necessary to successfully complete a rite of passage.

That is also why in the subsequent movies we can ride along as the new man steps up and takes responsibility to help others and eventually, finally finds his way back to his own home.  We know this story – it is our story.  It is a boy’s journey into manhood and our hearts cry out for the same validation.

That’s what I saw as I watched Rambo.  What did you see?

Well, that ends my rant for this week.  In the comments below, please let me know your thoughts.